A VIEW FROM TERROR’S (AND EREBUS’) QUARTERDECK

In early May 1845, just prior to the departure of HMS Erebus and Terror on their final voyage, a number of the Franklin Expedition officers sat for a remarkable series of daguerreotype portraits. Taken by the renowned London daguerreotypist Richard Beard on the deck of HMS Erebus, most of the images include a cloth backdrop which obscures the ship’s architecture. However, one portrait, of Lieutenant Henry T. D. Le Vesconte, did not use a backdrop; this omission resulted in the only known contemporary “photographic” image of Erebus or Terror.

In the image, Le Vesconte appears to be sitting on the starboard quarterdeck of HMS Erebus, just in front of the ship’s mizzen mast, skylight, and wheel (note the original daguerreotype is a reversed image). Out of frame, in front of his left elbow, would have been a small charting table bolted to the deck. Le Vesconte may have used a stool or chair associated with that table to sit for his photograph.

I believe this location was carefully chosen for the photograph. In the Royal Navy, the starboard quarterdeck was considered to be an almost sacred location - reserved only for the ship’s master and his officers. On Erebus, it was the location where Franklin and his senior officers would have issued orders, considered routes, and charted coastlines. It was the nerve-centre of the entire Franklin expedition. It is astonishing that such an image has survived to the present day.

Components in the Le Vesconte Scene

I have been modelling 1/48 scale versions of the ship's wheel and skylights for my HMS Terror project, and realized that I had the opportunity to recreate the famous Le Vesconte image. To model these fittings, I began with the original ship’s plans and used the Le Vesconte daguerreotype to provided key information. Further information was gleaned from the 1839 Erebus model in the collections of the National Maritime Museum. As I will describe below, one of these structures was recently discovered by Parks Canada near the wreck of HMS Erebus and the publicly released image of that artifact provided critical information.

HMS Erebus and Terror each had two skylights located on the aft of the upper deck. Both follow a design originally adopted by HMS Terror in 1836.  The sides of the skylights were rimmed with panes of glass to allow sunlight into the captain’s cabin and officer’s mess. Unusually, their tops had no peak or even a slight camber – attributes confirmed by the daguerreotype and the NMM model of Erebus. Interestingly, the daguerreotype indicates that the panes were not protected by brass rods as was standard on many Royal Navy vessels of the era – an indication of the peaceful aims of  the expedition. In addition, the aft skylight on HMS Trincomalee, which is very similar to those used on HMS Erebus and Terror, provided important details for my recreation.

The 1836/1837 and 1839 plans of HMS Terror and Erebus show that their wheels were slightly smaller than those typically used on Royal Navy ships, being more consistent with those used on merchant vessels of similar size. The recently recovered portion of  Erebus’ wheel, as well as the Le Vesconte daguerreotype, reveal that the wheel itself was relatively plain and was held together by copper alloy screws or nails. Fine examples of this type of  wheel can be found today on HMS Unicorn and HMS Trincomalee. Trincomalee’s wheel is perhaps closest in design, with distinctive grooved felloes nearly identical to those on the HMS Erebus wheel found by Parks Canada.

Like most large Royal Navy vessels, Erebus and Terror’s wheels had ten spokes, each radiating at 36 degrees from the barrel. Usually, survey vessels ships of this size would have had an eight spoke wheel; the extra spokes would have substantially increased the strength of such a small wheel, and perhaps it was deemed necessary for arctic exploration.

Comparing the two images is rather satisfying. While it appears that the pedestal on the model wheel is larger than the wheel on Erebus, I believe this is a matter of perspective and differences between camera lenses, as the dimensions of the wheel barrel are based directly on the plans. It's also possible that Mini-Le Vesconte is placed too close to the mast in my reconstruction. However, it appears that I may have misjudged the size of the panes of glass in the skylights on my model which are somewhat taller on the daguerreotype. I’m okay with that small difference. 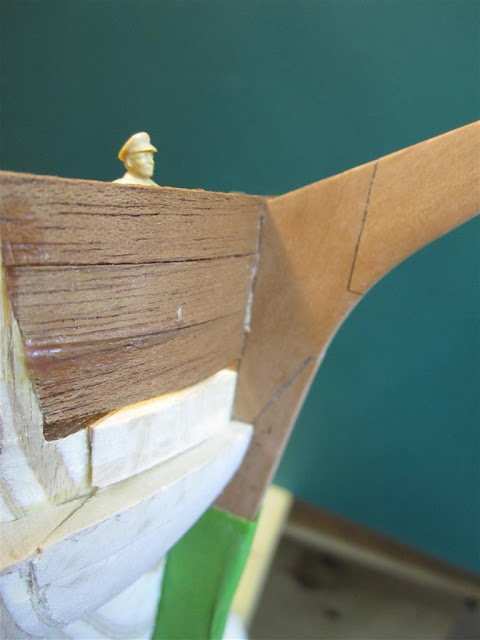 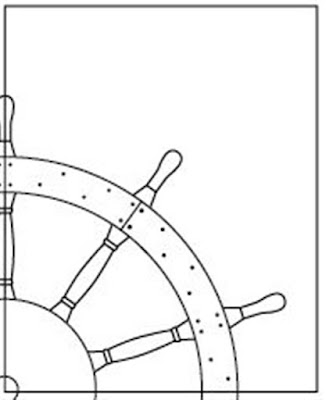 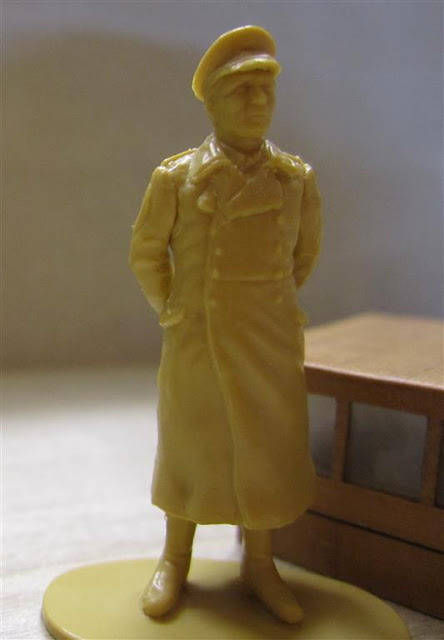 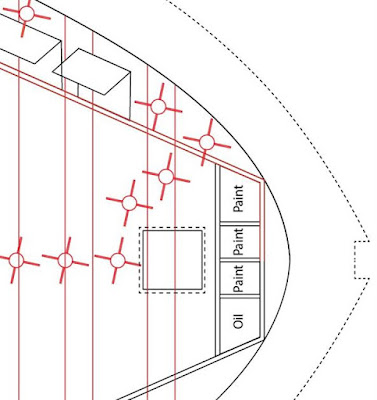 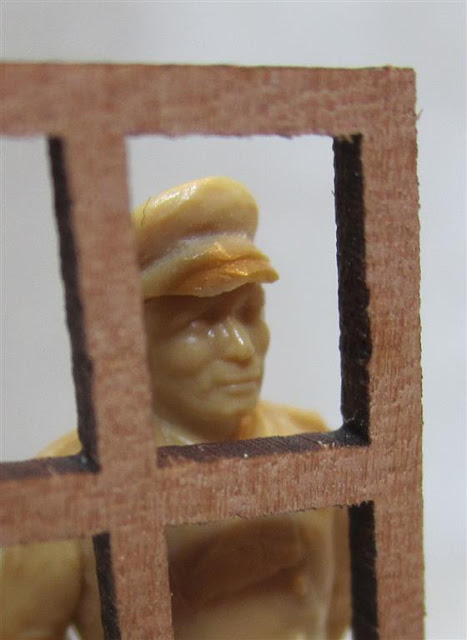