Having completed the Royal Navy’s last great journey of exploration under sail power, HMS Terror’s next commission was destined to be the first major voyage of discovery to use auxiliary screw propulsion.

The 1845 stern plans show that Oliver Lang chose a two-bladed Smith type propeller for the voyage (Battersby and Carney 2011:204). This choice makes perfect sense; in January of 1845 the Admiralty had just concluded extensive tests of screw propellers on HMS Rattler, finally settling on a two-bladed design by Smith (Carlton 2012:6; see also Bourne 1855:136).The propeller was likely made of gunmetal, similar to those used in subsequent Franklin search vessels (Dickens 1850:8) and other Royal Navy ships of the era. According to Lang’s plans, the screw was ca. 6 feet 11 inches in diameter (from tip to tip). HMS Erebus and Terror also carried a spare four-bladed propeller of the Woodcroft type (Battersby and Carney 2011:204). Roughly the same diameter as the Smith propeller, its shape and size would have necessitated that it be unshipped over the side of the vessel rather than through the propeller well.

Following others (Battersby and Carney 2011:204), I originally believed that the propeller was set in a frame that would sit flush inside the fore and aft rails/grooves in the propeller well (the rail system will be described in my next post). This was a prudent assumption, as a frame-mounted propeller was standard in screw-assisted vessels of the Royal Navy in the latter half of the 19th century. The frame was an important feature because it was used to raise and lower the propeller along the rails in the well, while providing stability when it was in use.

However, despite their common use in the era, I was puzzled by the fact that no frame is visible in the 1845 stern plan. I recently purchased high resolution scans of the plan, which permitted me to read Lang’s thorough annotations.  Needless to say, the last annotation in the list, labeled “P”, describes the reason that Lang didn’t include a frame in the plan:

“P: Propeller in place with a hole in the end of the fan to take it up by and to lower it down in place when required.“

The annotation exposes the highly expedient and experimental nature of the design, which represented a great simplification of the complex propeller lifting system used for the Rattler (view it here). While very rare, the hole-in-blade lifting system was subsequently employed on RRS Discovery by Robert Falcon Scott during his 1901 Antarctic Expedition (pictures of the hole in the blade can be found here and here). In fact, RRS Discovery appears to have borrowed many design elements from the Erebus and Terror, a testament to the advanced and efficient nature of their systems.

Because Lang’s plans don’t show precisely how the propeller articulated with the rails in the well (the rails on the plan obscure those details), I was forced to speculate that the propeller included two retaining ferrules which would both seat the propeller and guide it as it was raised and lowered into position along the rails. In modeling this, I took inspiration from the ferrules used in contemporary Admiralty models and the RSS Discovery, though I admit they are highly generalized and speculative. 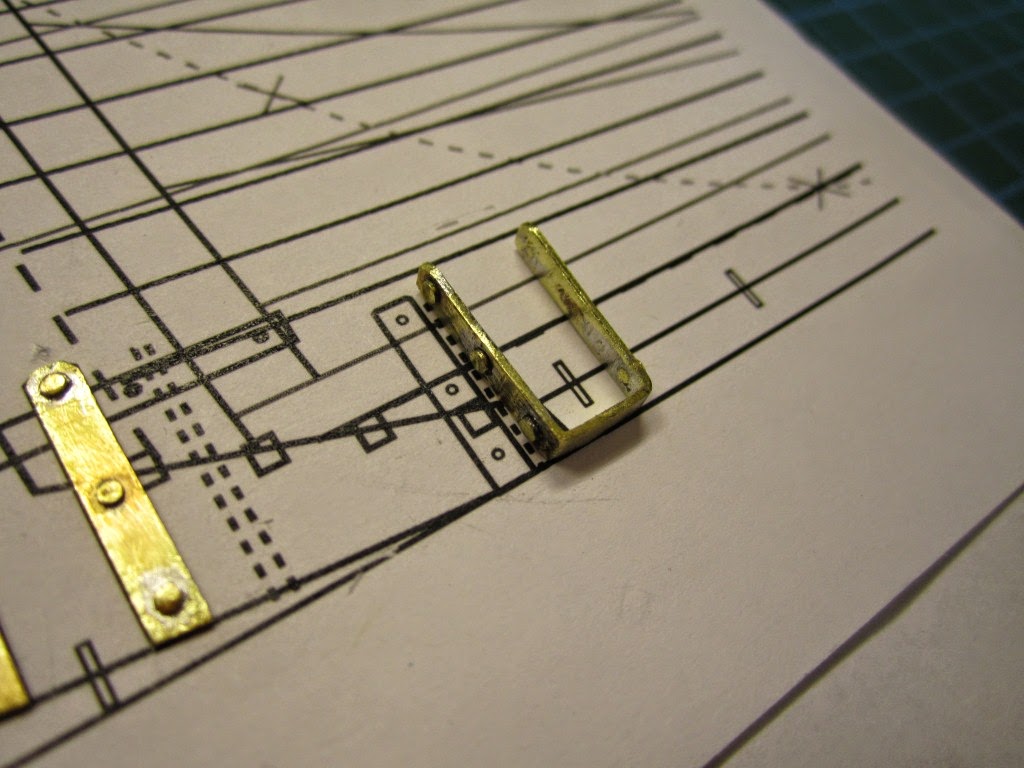 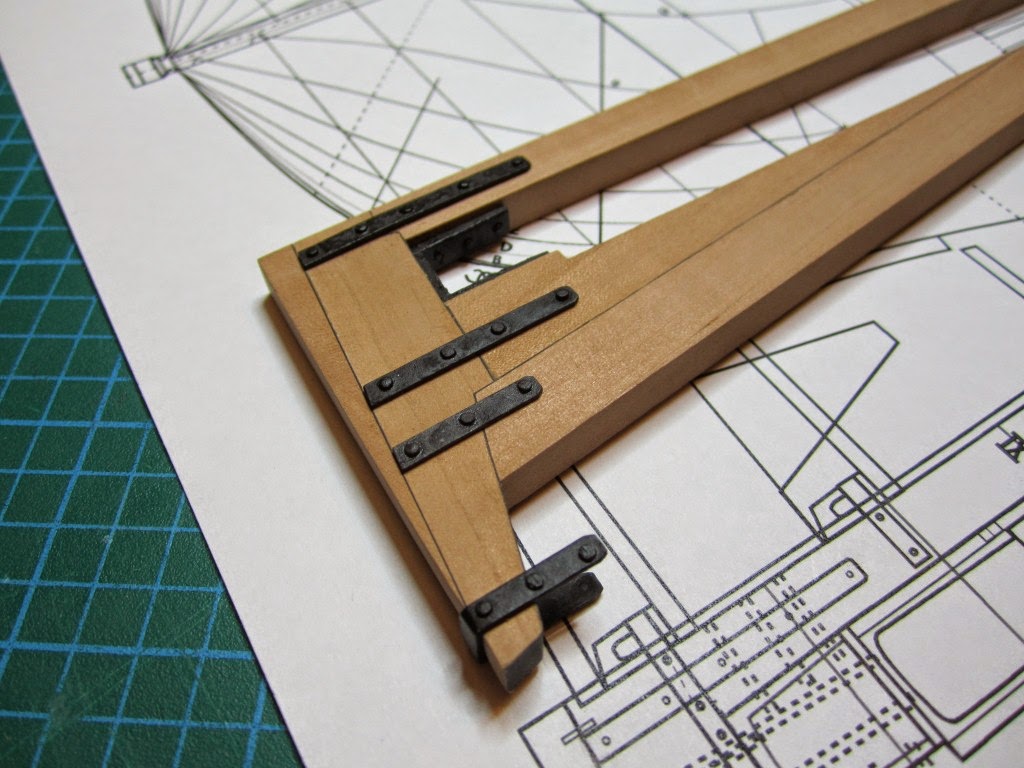 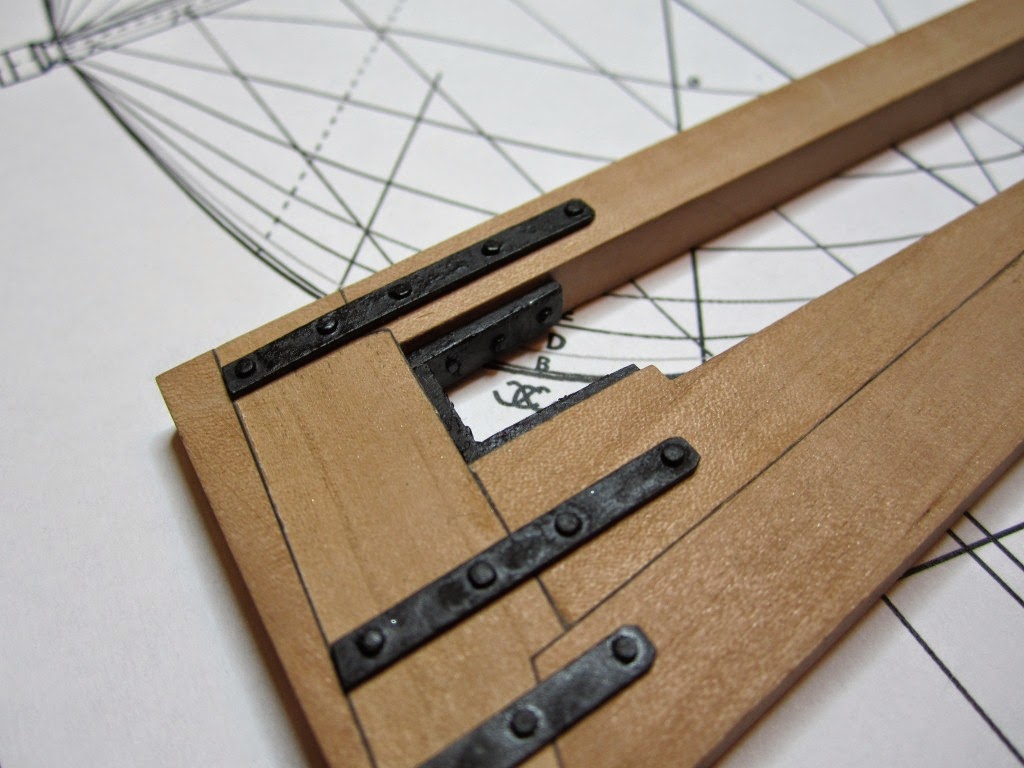 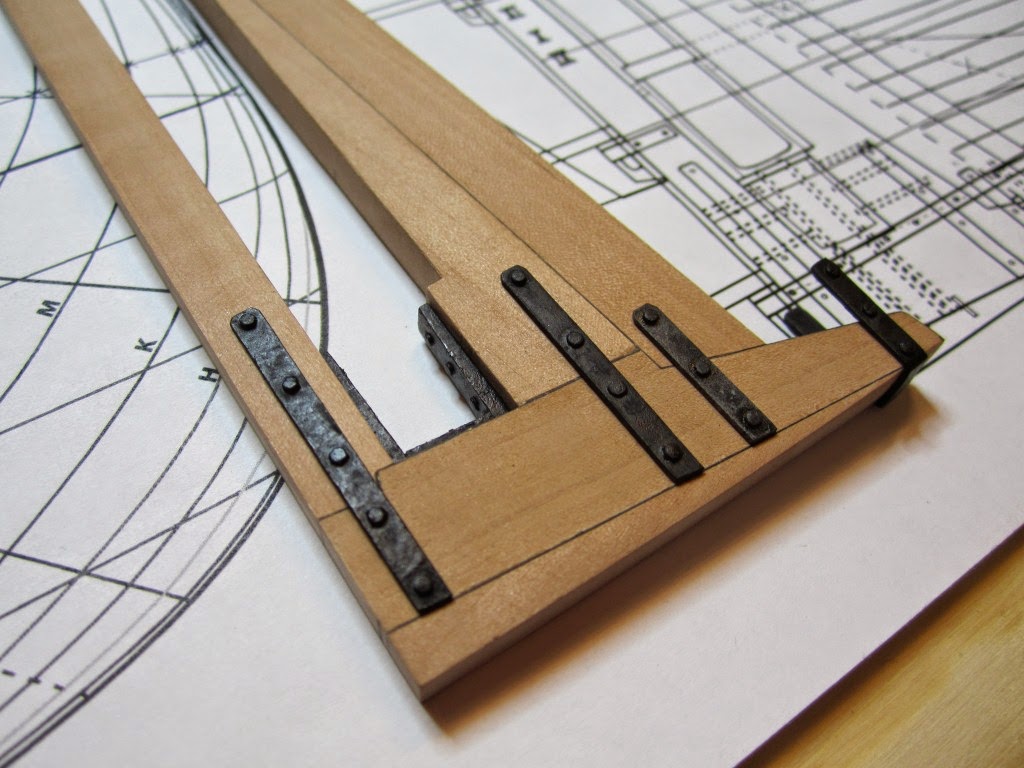